Moving is all about finding new places to put your sh*t.   And those places might not yet exist if you sell most of your furniture but not all the contents thereof.

Am I really so locked into “everything in it’s place”-Donna Reed-middle-aged-menopausal-rigidity???  Instead of a panic attack that spurred me to solutions, the last few days have had me mired in ennui, (wrinkled) duvet pulled up over my head, tears stuck behind my eyelids.

The good thing-bad thing about our homogenized world is that The Container Store is exactly the same here as it is there and there and there.  Stanford has it’s own mall!  With a CS and a Crate&Barrel and Nordstrom’s, it stretches for blocks, smack dab across the street from Faculty housing.  So…after spending/wasting a bunch of time surfing internet (um, yes, under the duvet, we don’t have a couch. Yet.) I forced myself up and out yesterday, determined to find one solution to one of many, many clutter problems.   Yep, I coulda been in Peabody or Boca.  They’re not perfect, those dual trash/recycling cans I found, but maybe it’s about f*&ing time I decide pefectionism ain’t everything!

(For those of you who haven’t been to my house, those previous blog posts show my Boxford LR…Perfectionism on Parade. It’s not just staged to sell, I really lived that way.)

So…needing at least a spot or two without Clutta, we’ve piled most of our still yet to be placed “stuff” in my office (aka the 2nd bedroom.)  “Aaaaaah,” she screamed silently.  The debate:  should I learn to live with a little more disorg? Tolerate the tightness in my chest for the sake of a brave new world? Or…grit my teeth past the burning desire to duvet-dive and do a hit of Albuteral (yeah, the asthma thing flares on) before I power through de-clutterification first and foremost?

David, Old Sage, casually asked yesterday (to which I snarled incomprehensively) “what about writing?”  Planting the seed, knowing I’ll come around to what is plainly obvious to him:  I love to write, it’s my salvation. 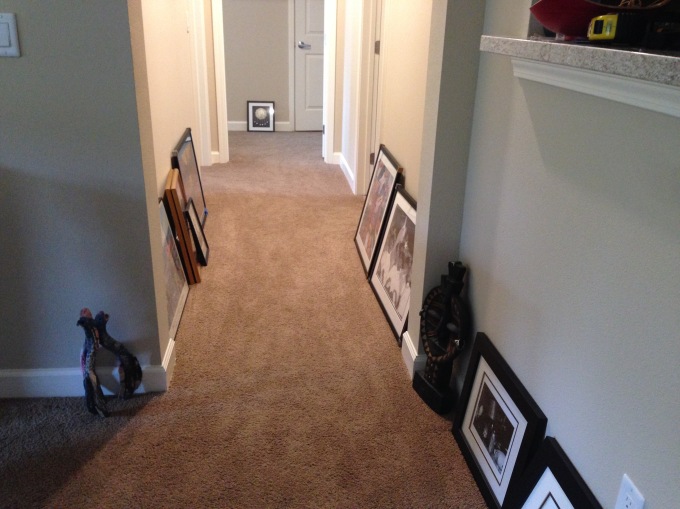 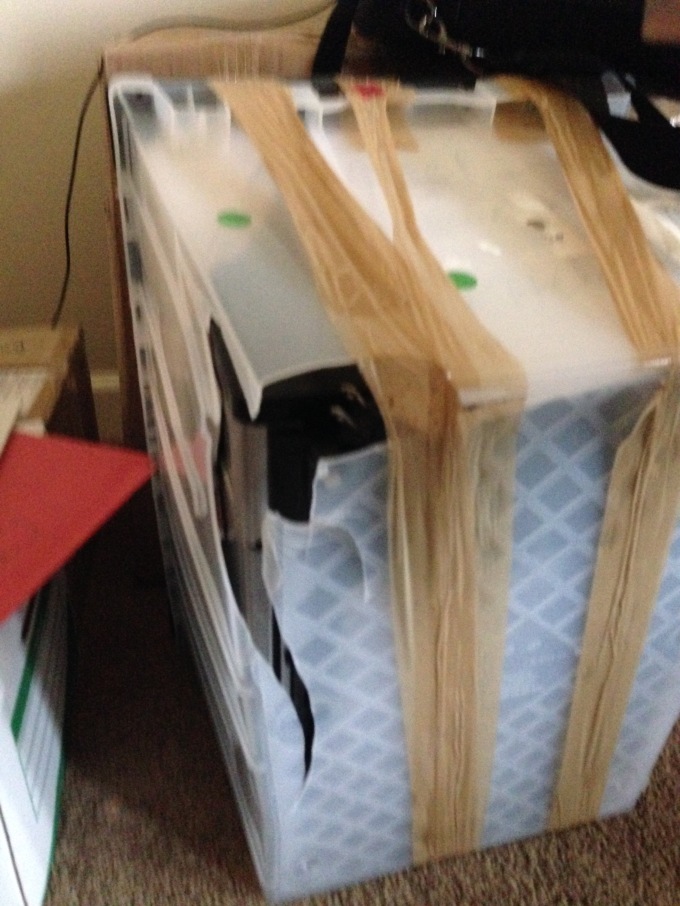